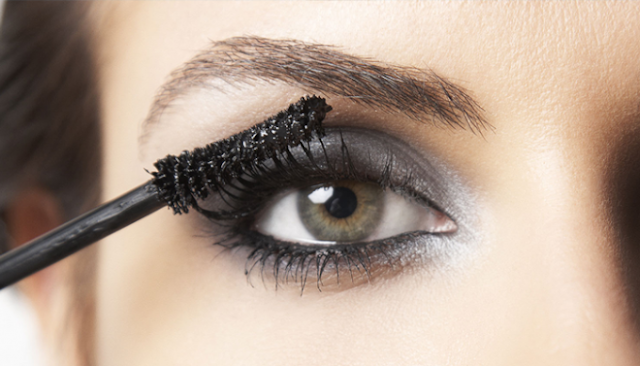 Mascara has been around since the 19th century, but even before that women have used various ingredients to try to make their lashes appear longer and fuller.   The Egyptians used kohl, and the Victorians mixed ashes with elderberry over a hot fire.  In 1872, petroleum jelly was first patented and ladies used this to make their lashes stand out.  It wasn't until 1917 that the first packaged mascara was created...a cake made from petroleum jelly and black coal dust.

In the 1930s, lash darkeners contained scary ingredients such as turpentine, lead-containing kohl, and aniline, a hair-dye ingredient, all of which left more than one woman blind. Now regulations strictly limit the ingredients to those that are safe to apply in the eye area, but you should be on the lookout for thimerosal, a preservative that can cause conjunctivitis and eyelid dermatitis (a rash). Thimerosal is still used in some mascaras.

Your eyes are one of the most sensitive places to apply make-up.  They are much more vulnerable to bad ingredients and bacteria than the rest of your face.  When applying mascara, your wand may touch the mucus membranes of the eye and if bacteria is growing on the wand, you might end up with an eye infection or worse.  To limit your exposure to these problems, it is important to discard mascaras about every three months.

Today's mascara's ingredients typically include a carbon black or iron oxide pigment to darken lashes; a polymer to form a film that coats lashes; a preservative; and thickening waxes or oils such as lanolin, mineral oil, paraffin, petrolatum, castor oil, carnauba wax, and candelilla wax.  Ingredients that some mascaras contain may be cause for concern, especially those with sensitive skin or allergies.
Now we have formulas with no water. These are the waterproof ones that are less likely to smudge or flake. But they can be difficult to remove. Emulsions of water and oil are easier on lashes but may flake or smudge.   To find out if your mascara will flake or run, check how much water it contains. The lower water is on the ingredients list, the less likely you'll get smeared.   However, most beauty experts suggest you limit your use of waterproof, smudge proof formulas made with little to no water. The extra effort needed to remove these products can damage lashes, causing them to break or fall out.