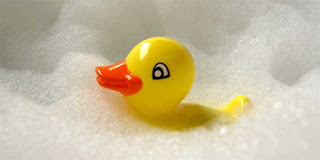 You won't see it on a label, but it could be in your beauty products.

It is created through a process called ethoxylation, in which ethylene oxide, a known breast carcinogen, is added to other chemicals to make them less harsh. For example, sodium laurel sulfate, a chemical that is harsh on the skin, is often converted to the less-harsh chemical sodium laureth sulfate (the “eth” denotes ethoxylation). The conversion process can lead to contamination of this ingredient with 1,4-dioxane. Other common ingredients that may be contaminated by 1,4-dioxane include PEG compounds and chemicals that include the clauses “xynol,” “ceteareth” and “oleth”. Most commonly, 1,4-dioxane is found in products that create suds, like shampoo, liquid soap and bubble bath.

So, how to you avoid this harmful ingredient.  The FDA does not require 1,4-dioxane to be listed as an ingredient on product labels because the chemical is a contaminant produced during manufacturing. Without labeling, there is no way to know for certain whether a product contains 1,4,-dioxane, making it difficult for consumers to avoid it.

Alternative processes to ethoxylation do exist, but many companies don’t take advantage of them. Vacuum-stripping can remove 1,4-dioxane from an ethoxylated product, or manufacturers can skip ethoxylation entirely by using less-harsh ingredients to begin with.  A study by the Organic Consumers Association shows that 1,4-dioxane is nonexistent in a variety of cosmetics certified under the USDA National Organic Program. Therefore a good way to avoid exposure to this chemical is to buy products that have been certified under this program. Additionally, consumers can avoid products that contain sodium laureth sulfate, PEG compounds, and chemicals that include the clauses xynol, ceteareth and oleth.