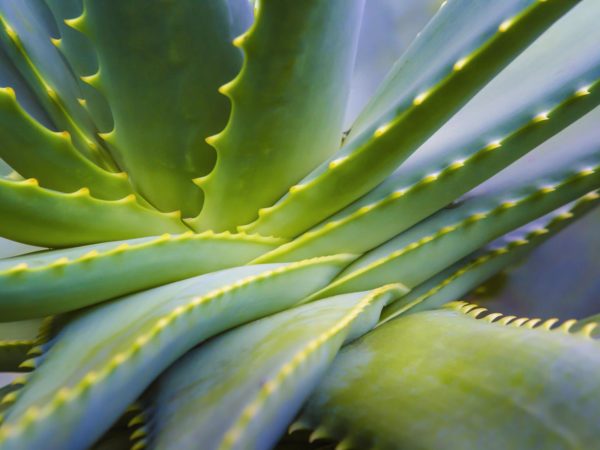 We've all heard of it...most of us have probably used it...some of us even grow it. It's aloe vera (also known as aloe, burn plant, lily of the desert, elephant’s gall). It's actual botanical name is Aloe Barbadensis. But, exactly what is aloe vera.

It's a succulent plant species of the genus Aloe. Aloe vera is considered to be native only to the south-west Arabian Peninsula. However, it has been widely cultivated around the world, and has become naturalized in North Africa, as well as Sudan and neighboring countries, along with the Canary Islands, Cape Verde, and Madeira Islands. It is also naturalized in wild areas across southern Spain, especially in the region of Murcia, being the only place in Europe where it has been found naturalized.

Aloe Vera’s use can be traced back 6,000 years to early Egypt, where the plant was depicted on stone carvings. Known as the “plant of immortality,” aloe was presented as a funeral gift to pharaohs.

Historically, aloe vera has been used for a variety of purposes, including treatment of wounds, hair loss, and hemorrhoids; it has also been used as a laxative.

It is found in many consumer products including beverages, skin lotion, cosmetics, or ointments for minor burns and sunburns. There is little scientific evidence for the effectiveness or safety of Aloe vera extract as a cosmetic or medicine.

Two substances from aloe vera, the clear gel and the yellow latex, are used in health products today. Aloe gel is primarily used topically (applied to the skin) as a remedy for skin conditions such as burns, frostbite, psoriasis, and cold sores, but it may also be taken orally (by mouth) for conditions including osteoarthritis, bowel diseases, and fever. Aloe latex is taken orally, usually for constipation.

There’s not enough evidence to show whether aloe vera is helpful for most of the purposes for which people use it, especially when taken orally. There is some concern about the topical application of aloe - with little research to prove it's actual benefits.

Non-decolorized, whole leaf aloe extract contains a chemical called Aloin, a bitter, yellow-brown colored compound. It is present in what is commonly referred to as the aloe latex. It has been shown to cause cancer in rats. It has been listed by California Prop 65 state law as an ingredient linked to cancer. This has NOT impacted the beauty industry which generally does NOT use non-decolorized aloe for topical products.

The 2-year National Toxicology Program study on oral consumption of non-decolorized whole leaf extract of aloe vera found clear evidence of carcinogenic activity in male and female rats, based on tumors of the large intestine. Another study in rats showed that decolorized whole leaf aloe vera did not cause harmful effects. This suggests that a component called aloin, most of which is removed by the decolorization process, may be responsible for the tumors seen in rats fed non-decolorized whole leaf aloe vera. More information, including what products are actually in the marketplace and how individuals use different types of aloe vera products, is needed to determine the potential risks to humans. Abdominal cramps and diarrhea have been reported with oral use of aloe latex. Also, because aloe latex is a laxative, it may reduce the absorption and therefore the effectiveness of some drugs that are taken orally.
Posted by Beauty Care Choices at August 07, 2019
Email ThisBlogThis!Share to TwitterShare to FacebookShare to Pinterest
Labels: beauty science