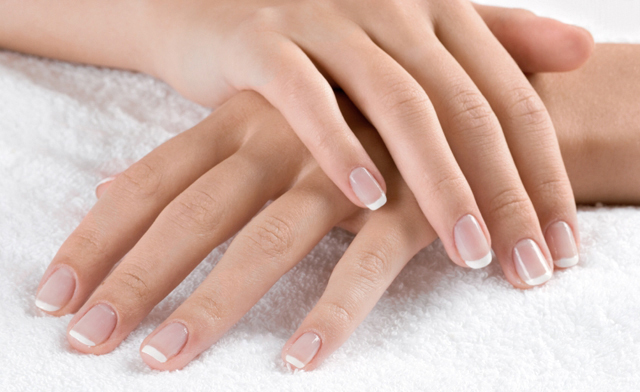 Well-manicured nails are an important part of a neat, pulled-together appearance.  Unfortunately, experts say many fall prey to myths and old wives' tales about how to care for nails.

To help set the record straight -- and get you on the road to beautiful nails -- here are eight tips for achieving healthy, well groomed, elegant nails.

Don't cut or manipulate cuticles.
Whether you have your nails professionally groomed or do them yourself, the No. 1 recommendation is leave your cuticles alone. The cuticle is the natural barrier to fungus and bacteria -- and once you breach that, protection is lost. This will not only make cuticles look worse -- red, swollen, and ragged -- but may also land you a nasty infection that harms the nail bed and leads to permanent nail damage. And while cutting cuticles holds the most potential for harm, pushing them back can cause problems as well.

Use nail hardeners sparingly -- or not at all.
The take-home message here is that a lot of them do more damage than good. Unless nails are exceptionally weak and fragile, she says, most people don't benefit from a nail hardener.
Healthy nails are flexible nails, so to keep yours from breaking, avoid anything that makes them more brittle.

Moisturize the nail bed and the cuticle.
While there is little in the way of medical data showing that moisturizing the nail bed will help nails grow, it can make cuticles look better and help protect nails from breaking due to a lack of moisture. If your nails are prone to breakage, it could mean they need moisture -- and putting oil around the cuticle helps moisturize the entire nail, which will reduce the incidence of chipping, cracking, and splitting.

Consider a  biotin supplement.
In several studies, researchers found that supplements of biotin (a member of the vitamin B family) increased nail thickness and prevented splitting and breaking. In a respected German study that evaluated 45 people with severe nail problems, 2.5 milligrams of biotin daily for several months benefited everyone -- with 91% of the 45 citing significant improvement.

Avoid acetone-based polish removers.
The one product that all dermatologists agree you should avoid if you have brittle nails is acetone nail polish remover. It has been documented time and again that it strips the nails, causing them to become brittle.

Avoid rough emery boards.
Those old-fashioned orange emery boards are too harsh for nails, causing small fissures and cracks that lead to breakage and tears,  Instead, she says, file nails with a smooth, fine file and don't saw back and forth. File in one direction only, and do it slowly and evenly to reduce risk of breakage.

You might need to Change shampoos.
While most women know when a shampoo doesn't agree with their hair, many don't realize it may not agree with their nails -- even if their hair looks great. This, say experts, is particularly true of detergent shampoos, or those for oily hair, which are designed to strip lipids and other natural oils from the scalp. If your nails are very dry and you are using any soap product that strips the oils, there is the potential to dry the nails.

Choose nail tips over full extensions.
In general, nail extensions are bad news for nails, frequently leading to fungal or even bacterial infections -- and, sometimes to permanent damage. If you must wear nail extensions, opt for just tips. While they can still cause problems, the potential for damage is less since the surface area covered is smaller.

Important warning:
The use of a liquid acrylic nail compound known as MMA (methyl methacrylate) has been banned in many states and has been the subject of an FDA hazard warning, due mostly to high allergic sensitivity and serious nail damage. However, because it is an inexpensive ingredient, there are reports some salons are still using it, sometimes in the form of black market products. How can you tell for sure? According to the American Academy of Dermatology, if your nail products have a strong, noxious odor; if nail enhancements are difficult to file; or they don't soak off easily, they could contain MMA. Report any suspicions to your state health board.   (Beauty Care Choices does not sell any nail products containing MMA)

Posted by Beauty Care Choices at May 14, 2019
Email ThisBlogThis!Share to TwitterShare to FacebookShare to Pinterest
Labels: Nails