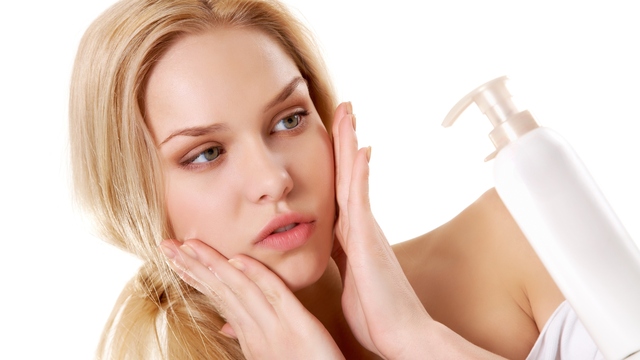 Lead in your lipstick? Mercury in your mascara? Headlines about harmful ingredients hiding in beauty products are enough to make even the vainest among us want to go back to the good old days of rubbing strawberries on our lips to make them red.

But women (and men) have plastered a lot more than berry juice onto their skin in the never-ending quest to look hot (or extremely pallid, as was usually the case back in the day). Some beauty products of yesteryear contained high concentrations of lead, mercury, arsenic, even radiation, thanks to ignorance, indifference and narcissism.  For as long as humans have admired themselves in magazines, mirrors and murky pools of water, they’ve also had to contend with the ugly side of beauty.

Ancient Egyptians may have been the first to plaster on killer cosmetics. Their exaggerated eye makeup (which trumped even the late Tammy Faye) was made of malachite (a green ore of copper), galena (lead sulfide), and, most famously, kohl, a paste made of soot, fatty matter and metal (usually lead, antimony, manganese or copper).

What, aside from chronic pink eye, would this mean for the average Egyptian?
The exposure would eventually lead to irritability, insomnia and mental decrease. The ocular skin is most likely to absorb materials due to its thin, nearly transparent qualities. Couple this with the mucous membranes being a hop, skip and a jump away from the area where cosmetics are applied and you have a potentially serious problem.

Men and women in ancient Greece took things a step further by slathering lead not just around their eyes, but all over their face. Their white lead face cream, according to a 2001 article in the journal Clinics in Dermatology, was designed to “clear complexions of blemishes and to improve the color and texture of the skin” and was such a big hit that lead-based face masks soon became all the rage.

Dead white
Despite lead's health hazards, ranging from skin ruptures to madness to infertility, upper-crust Romans went on to use white lead (or cerussa, the key ingredient in those once-popular lead paints) to lighten their faces, then topped that off with a bit of red lead (or iminium, currently used in the manufacture of batteries and rust-proof paint) for that “healthy” rose glow. Lead was also a major ingredient in the hair dyes of the day, either intentionally or otherwise. According to scholars, the place was lousy with lead and some have conjectured that lead-lined viaducts, cooking pots and wine vessels — and the resultant poisoning — helped bring about the fall of the empire.

Of course, the use of white lead in ancient Rome paled in comparison to the workout it got during the 15th, 16th, 17th and 18th centuries. The “dead white” look was tres chic back then and as a result men and women painted their faces with a mixture of white lead and vinegar, peeled their skin with white lead and sublimate of mercury and used lead sulfate to remove their freckles (and hopefully nothing too vital, like a nose).

The use of cosmetics packed with lead, mercury, arsenic and other dangerous elements made for a particularly vicious cycle. People would put whitening on their skin and over time, it would eat the skin away, causing all sorts of scarring and the way they covered that up was to apply thicker amounts of the makeup, which would then exacerbate the situation. It was a horrible process — once you got started you couldn’t stop.

Death by cosmetics
One way some people finally stopped was by dying, which eventually prompted members of the medical community and the press to sound the alarm about the dangers of certain cosmetics. When famous Irish beauty Marie Gunning (aka the Countess of Coventry) died in 1760, the press called her a “victim of cosmetics.”

Sadly, others would follow. In 1869, the American Medical Association published a paper entitled “Three Cases of Lead Palsy from the Use of a Cosmetic Called ‘Laird’s Bloom of Youth’” which outlined the symptoms (fatigue, weight loss, nausea, headaches, muscle atrophy, paralysis, etc.) caused by the regular use of the much-touted skin whitening lotion, advertised as a “delightful and harmless toilet preparation” which, incidentally, contained lead acetate and carbonate. Other popular blooms, balms, powders and potions of the 19th and early 20th century such as Berry’s Freckle Ointment, Milk of Roses, Snow White Enamel and Flake White contained mercury, lead, carbolic acid, mercuric chloride and a handful of other “delightful” corrosives.

The passage of the Pure Food and Drug Act of 1906 and the subsequent formation of the FDA was the first step in bringing a patently dangerous era of arsenic complexion wafers, asthmatic “health” cigarettes, and radium bath salts to a close, at least in the U.S.

Cream of rat poison
Unfortunately, cosmetic quackery continued to trudge on for 30 more years, filling the marketplace with all manner of untested, unregulated products. As a result, countless beauty mavens suffered serious health problems thanks to killer cosmetics like Lash Lure, an aniline eyelash dye introduced in the 1930s that caused 16 cases of blindness and one death and Koremlu, a depilatory cream of the same era that contained rat poison.

In 1936, Ruth DeForest Lamb, chief education officer of the FDA, published a collection of these tragic tales of botched beauty in her book “American Chamber of Horrors,” a move that helped bring about the eventual passage of the revamped Food, Drug and Cosmetic Act of 1938. Among other things, the new law brought cosmetics and medical devices under FDA control. Further safety measures followed, such as the FDA’s 1977 requirement that U.S. cosmetic manufacturers list ingredients on the label.

But in October of 2007, the question of cosmetic safety surfaced yet again when the advocacy group Campaign for Safe Cosmetics announced that a third of the 33 red lipsticks it had examined by an independent lab contained what the group considered a “hazardous level” of lead. The cosmetic industry has responded, for the most part, that lead — if present at all — is only in trace amounts; the FDA, which has not set a limit for lead in lipstick, is looking into the CSC’s findings.

In the meantime, U.S. marshals seized more than 12,000 tubes of Age Intervention Eyelash , a product designed to promote eyelash growth, after the FDA determined it was an “adulterated cosmetic” and potentially dangerous. (The product contained bimatroprost, a prescription drug used to treat elevated pressure inside the eye). And the state of Minnesota took it upon itself to officially ban the use of mercury in mascara, eye liners and skin-lightening creams. (Most makeup companies have phased out use of mercury, but it's still used in some products as a preservative.)

So are we better off now — or is this déjà “bloom of youth” all over again?
It’s hard to know,” says Teresa Riordan, author of “Inventing Beauty: A History of the Innovations That Have Made Us Beautiful.” “The U.S. Food and Drug Administration does oversee cosmetics, but it’s an after-the-fact kind of oversight, where unsafe products can be taken off the market once they have been proved to be unsafe. Unlike drugs, cosmetics don’t have to go through clinical trials before they go on the market.

Overall, though, the general public is definitely much more aware about potential dangers than it was a century ago and cosmetics & other beauty products are safer.  However, there’s plenty more to be aware of when it comes to harmful ingredients seeping into our skin via cosmetics and personal care products. Back in the day, there were high acute exposures of lead in cosmetics because they didn’t know better. But we know better now and unfortunately, there’s still lead in lipstick and mercury in some mascaras. We’re also being exposed to chemicals like phthalates many times a day through personal care products like shampoos, face creams, fragrances, aftershaves, deodorants.
Posted by Beauty Care Choices at April 01, 2019
Email ThisBlogThis!Share to TwitterShare to FacebookShare to Pinterest
Labels: ingredients, Makeup