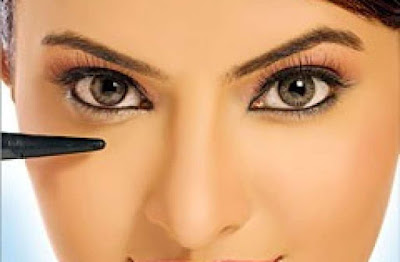 You may be unaware of the lead poisoning risk, in adults and children, from an avoidable source: traditional eye cosmetics containing kohl (aka:  kajal, al-kahal, surma, tiro, tozali, or kwalli).

Kohl Eyeliner has been traditionally used throughout the Middle East, South West Asia, North and West Africa for centuries by women, and sometimes men and children. Not only is it used for beauty, but it is also believed to protect eyes from the sun, prevent eye disease and infection, and for superstitious reasons. It is also used to treat cuts, and as a general antibacterial agent. It is a tradition that goes as far back as makeup itself, and is sometimes worn simply for traditions sake. What most people still don’t know is that much of the worlds kohl eyeliner contains toxic lead, and sometimes accounts for more than half of the total weight of the product!

What are the effects of lead poisoning?
The risks associated with exposure to lead are especially serious for children. Among the effects associated with high levels of lead exposure are anemia, kidney problems, and neurological damage that may include seizures, coma, and death. Even at relatively low levels, chronic exposure to lead may lead to learning and behavior problems. The Centers for Disease Control (CDC) has set a blood lead level of 5 micrograms per deciliter (µg/dL) in children as the reference level at which CDC recommends initiating public health actions.

If someone in my family has been exposed to one of these products, what should I do?There are two important steps to take against exposure to kohl and similar products:

Are these products legal in the United States?
No. Here’s why: FDA has identified kohl, kajal, surma, and similar materials as illegal color additives as defined in the law. Color additives must be approved by FDA and listed in the color additive regulations before they are allowed in cosmetics or any other FDA-regulated products. 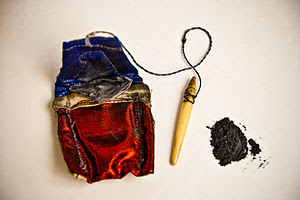 The difference between traditional and modern eyeliner.
Traditional kohl is quite different from modern eyeliner. First, kohl is usually in powder form, and is applied with a stick. It can be purchased at various ethnic markets, gift shops, and online. Modern liners undergo strict product controls and have not been found to contain lead. Some companies label eyeliners with the word “kohl” just to indicate a shade, not because the product actually contains kohl. What does this mean to you? Traditional kohl liners have made their way to other parts of the world, including European and North American countries; and Canada is no exception! Back in 2005 Health Canada discovered 3 kinds of Kohl eyeliners containing lead being sold in Canada , and suspect there are still others that they don’t know about! These, and many other unsafe products are snuck into countries where they are illegal all the time, and right under the authorities noses.  The United States requires cosmetics to put the ingredients on their labels.

Do NOT buy cosmetics online from UNKNOWN sources.
Even if you think you are safe, you don’t always know what you are getting. Many products bought online are counterfeit (fake). Counterfeiting is big business world-wide, and you better believe that they don’t give 2 poops about your health or well-being.