More than you ever needed to know about Nail Polish! 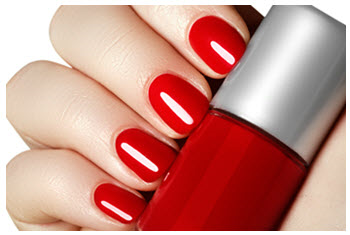 Nail polish originated in China as early as 3000 BC. The ingredients included beeswax, egg whites, gelatin, and vegetable dyes. In Ancient Egypt, nail polish was even used to signify class rankings: The lower class often wore nude and light colors, while high society painted their nails red. No wonder red manis are so iconic!

After becoming increasingly popular in China, nail polish began to make its way across the pond and into the high societies of the Middle East, Northern Africa, and India. But it became most popular in Egypt, where women and men colored their nails to assert their power and dominance over those who were less privileged. However, after the fall of the Roman Empire, nail polish and many other cosmetics disappeared from popular consumption and trade deals.

Nail polish and other cosmetics found their way back into our lives after the arrival of the Renaissance period, and soon the new trade deals with Europe, India and the Middle East took the product across the world – yet it was still only really associated with those who could afford it and those who still wanted to prove their wealth to others in their country. By the late 18th century, nail polish made its final stop in France.

As time went on, nail polish and the coloring of nails became more and more prevalent among the general population of people in the United States, Italy, France, and England. At the beginning of the 19th Century, nail polish and nail painting began to play a huge part in everyday life, and the first nail parlors and manicure establishments started to appear in France.

Modern nail polish is a by-product of car paint. Car paint was invented in the 1920’s and it inspired Michelle Menard, a French makeup artist who was working for the Charles Revson company, who wondered if nail polish could be created using the same technique. The Revson company, which by then had changed its name to Revlon, started selling the first nail polish in hair and beauty salons in 1932 and in 1937 the product become available in department store and drugstores.

Revlon perfected Menard's formula using pigments instead of dyes. The company started off only producing nail enamel, first in a cream color, then in a variety of colors that were sold at drug stores and department stores during the Great Depression. However, they expanded their line of cosmetics at the beginning of WWII to include lipstick and other makeup.