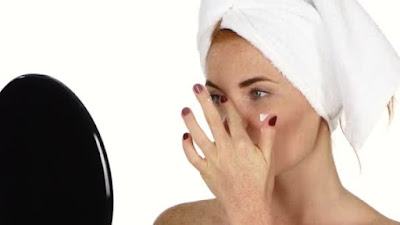 The term peptide is the generic name given to a short string of amino acids. Recall that amino acids are the basic monomers used to create all proteins. Peptides are different from proteins in that they are much shorter and don't have the same type of secondary folding structures. There are hundreds of peptides.

As a rule of thumb, if there are 50 or fewer amino acids hooked together the chain is called peptide. If there are more than 50 it’s called a protein. Proteins can be VERY large and are organized in such a way that they have biological properties (for example proteins are components of hair and skin.) Some peptides occur naturally in your body and others are made synthetically to mimic the function of natural peptides.

Proteins are the fundamental building blocks of skin. Without peptides, skin doesn’t remain intact and the result is loss of firmness, appearance of wrinkles, texture changes, and skin that doesn’t bounce back as it once did.

What’s so fascinating about peptides is that abundant research has clearly shown that each of them works in very specific ways to target an exact skincare need. They also teach skin to do what's required to help revitalize these building blocks, which can help revive aging skin

What’s most important for you to keep in mind is that as special as peptides are, they need "friends" in the form of supporting ingredients to help address all the needs of skin. Any skincare formula worthy of your hard-earned dollars must include the specialized ingredients such as antioxidants, skin-replenishing ingredients, and skin-restoring-ingredients (which includes peptides). Peptides can do a lot on their own, but they can't do it all alone.

As a reminder (because it's so important), when peptides are blended with antioxidants, skin-soothing ingredients, and skin-replenishing ingredients they can address multiple signs of aging and you will love the results!