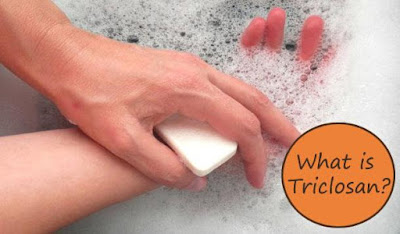 Triclosan is an ingredient added to many consumer products. It is intended to reduce or prevent bacterial contamination. It is added to some antibacterial soaps and body washes, toothpastes, and some cosmetics—products regulated by the U.S. Food and Drug Administration (FDA).
Some short-term animal studies have shown that exposure to high doses of triclosan is associated with a decrease in the levels of some thyroid hormones. But we don’t know the significance of those findings to human health. Other studies have raised the possibility that exposure to triclosan contributes to making bacteria resistant to antibiotics. At this time, we don’t have enough information available to assess the level of risk that triclosan poses for the development of antibiotic resistance.

Triclosan was developed in the 1960s. In September 2016, the FDA announced that effective September 2017, it would prohibit the sale of "consumer antiseptic washes" containing triclosan or 18 other ingredients marketed as antimicrobials due to FDA findings of the lack of efficacy in these products. Banned effective 12-2018 in anti-bacterial health care products as unsafe.

When you use a product containing triclosan, you can absorb a small amount through your skin or mouth. A large 2008 study, which was designed to assess exposure to triclosan in a representative sample of U.S. children and adults, found triclosan in the urine of nearly 75 percent of those tested.

Triclosan isn't an essential ingredient in many products. Triclosan added to toothpaste has been shown to help prevent gingivitis. However, there's no evidence that antibacterial soaps and body washes containing triclosan are more effective than plain soap and water in preventing illness and the spread of certain illnesses, according to the FDA.

Many manufacturers have started removing this ingredient from their products. If you're concerned about triclosan, look for products that don't list triclosan in their ingredients.