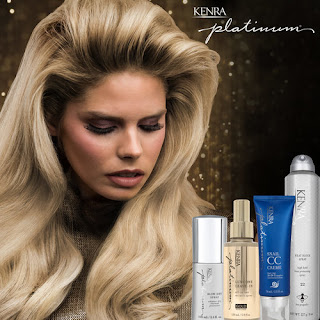 Kenra Professional...you see it in nearly every salon.  Most of us have had our newly styled hair sprayed with Kenra's Volume Spray #25 at least once.  This brand was founded in 1929 with a "no Tweeze" wax depilatory.  That continued until the brand was purchased by barber Henry J. Meyers in 1959.  In 1960, the Kenra haircare line was launched and, in 2004 the Kenra Platinum line made its appearance. 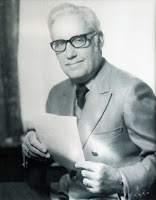 Henry Meyers came to America with his Dutch parents in 1920 as a wide-eyed, adventuresome 10- year-old. They came to escape Nazi occupation of their homeland, and to pursue freedom and prosperity. Henry grew up in the Grand Rapids, Michigan area. He remained active in Kenra until he was diagnosed with esophageal cancer in 2000. On March 6, 2001, the beauty and barber supply industry lost one of its pillars, one of its very best, but we are all better off for Henry Meyers having dared, cared, and shared!

Kenra Professional develops award-winning, performance-driven products. The ease of using these products give consumers the trust and confidence to achieve their desired look and style. Kenra Professional offers classic Kenra products and Kenra Platinum is a luxury hair care line. Kenra Volume Spray 25 is the choice hair spray of professional stylists; winning the Stylist's Choice Awards for over 10 years. All styling products are formulated with thermal protection as well as performance in heat styling!