BEAUTY SCIENCE: Color in your cosmetics

There is so much chemistry, legislation and biology related to color additives in cosmetics that is can be very difficult to understand. The complexity of color additives issues also makes them difficult for the ordinary consumer to know that their cosmetics are really safe.  Knock-off cosmetics not made in the USA do not generally abide by FDA regulations. 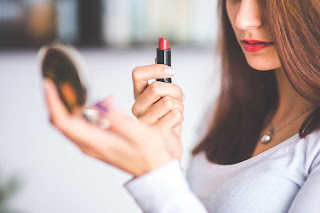 First, know that color additives in cosmetics include dyes and pigments and this group of ingredients is the most tightly regulated group in the cosmetic industry today.  All color additives for cosmetics
must be specifically pre-approved for use by the Food and Drug Administration. A law that governs cosmetics, the Federal Food, Drug, and Cosmetic Act, requires that FDA issue a specific regulation for each color additive which prescribes its conditions of use and the specifications for its safe use, i.e. the color may be approved for use on cheeks, but not on lips. 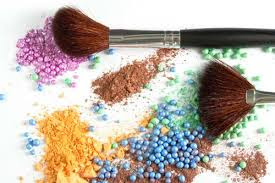 A little history:  Going back to 4000 BC, Egyptian women applied galena mesdemet (from copper and lead), malachite (from copper) and other naturally occurring colors (e.g. paprika) to their faces, often signifying their class. Moving through history, ingredients like henna dyes or rice powders have been seen in many cultures, including China, Japan, India and North Africa. By the 1500s, European women often lightened their skin with a variety of colored products, including white lead paint. Queen Elizabeth I of England was a well-known white lead user, which may have also been a product that led to her death. By the 1800s, zinc oxide began to replace some of the deadly lead and copper white mixtures that had killed many women in previous years. In 1856, the first synthetic dye, mauve, was discovered and similar dye discoveries quickly followed. Due to the fact that these dyes were initially produced from byproducts of coal processing, they were labeled “coal-tar dyes”. By the 1900s, many artificially colored cosmetics became available and began to grow in popularity.

After a number of cases of consumers getting sick from their cosmetic products, the ingredients were assessed to find that many synthetic colors contained a variety of poisonous chemicals, for example, lead, arsenic, and mercury. The Federal Food, Drug and Cosmetic Act of 1938 was passed to regulate specific to cosmetics. By the 1960s, new amendments came about to prohibit the use of color additives demonstrated to be a carcinogen.

Today, color additives are very tightly regulated due to the historical risks of these ingredients. There is currently a long list of color additives that aren’t allowed in cosmetic products. Due to demonstrated risks of contamination with heavy metals, once naturally derived ingredients, for example, Iron Oxides, have to be now made in a lab to ensure consumer safety. As a result, aside from botanicals, which generally aren’t used in make-up due to their drawbacks (e.g. poor mixing and staining abilities plus possibilities of skin irritation or smell), store-bought “all-natural” makeup doesn’t really exist anymore.

The official names for other color additives in the U.S. are also designated by FDA. Colors subject to batch certification are designated as FD&C (food, drug, and cosmetics), D&C (drug and cosmetics), or Ext. D&C (external drugs and cosmetics). This is followed by a color designation, such as blue or red, and by No. (for number), and by a numeral. An example of such a name is FD&C Red No. 40. Colors made by combining these "straight" colors with "substrates" (sodium, potassium, aluminum, barium, calcium strontium, or zirconium) are known as "lakes" and are named using the same convention, but with the addition of the word lake and the substrate, for example: FD&C Red No. 40 Aluminum Lake.

Natural botanical colors approved by the FDA include: